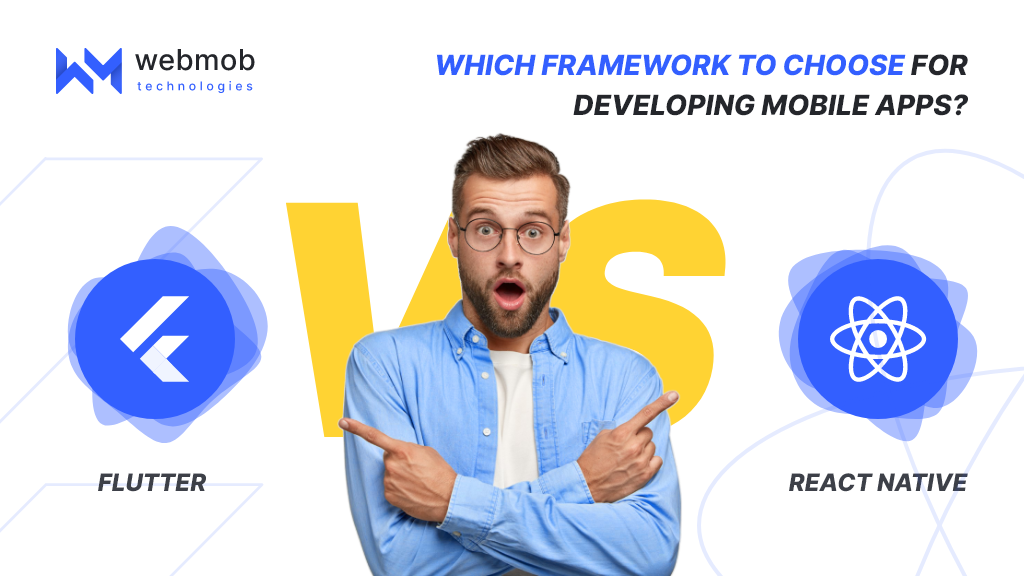 Summary: Want to develop a cross-platform app quickly? And that too in a pocket-friendly way? But are confused about which technology to choose? In this article, we have compared two leading market players- Flutter and React Native. Let’s have a look at how and which app development framework will fit into your software idea- Flutter vs React Native.

WebMob Technologies is a web and mobile app development company with over 10 years of experience. We are specialized in building native and cross-platform software solutions for startups & enterprises.

The two popular cross-platform app development frameworks Flutter & React Native are the buzzwords of the developers’ community. Both technologies are proficient enough in building native applications.

According to recent statistics on cross-platform mobile frameworks in 2021, Flutter emerged to be the most popular software development tool followed by React Native.

42% of developers use Flutter to build their apps, while 38% of them use React Native for software development. The numbers are quite impressive, right? Cross-platforms allow developers to code on various platforms. The proficient individual just has to create a foundation for the app to run effortlessly on all the respective platforms. Some many tools and features are equally good in both of them. Along with that, the technologies also allow code reusability & hot reload facility to make instant changes in the development. Another major advantage of using these application frameworks is Flutter works with the use of additional APIs & also connects the divide between the device and the codebase.  On the other hand, React Native allows native appearance through a dynamic & flexible API.

Let’s begin the article with a short introduction to both tech stacks.

An open-source, Dart programming language, was invented by Google in 2017. It consists of a UI toolkit to build efficient cross-platform applications using a single codebase. It is suitable for all platforms namely- Linux, Mac, Windows, iOS, Android, & web apps. Recently, Flutter has been upgraded with more latest functionalities in May 2021. Famous app developments like Google, Alibaba, eBay, and PostMuse, are made by Flutter.

With varied flutter app development services, one can beautifully compile their user interface & fully customizable widgets. Being in the IT sector for over a decade, we have seen technological innovations & the growing online space.

When to use Flutter?

Ready with your cross-platform app development idea? Discuss with us.

Our app developers are well-versed in every digital advancement. Right from tech stacks to coding tactics, every development is well deployed with proper market analysis.

Get a free quote

What is React Native?

An open-source, Javascript framework, invented by Facebook in 2013 and released to the public in 2015. This technology is built upon the React library, so it helps ship iOS & Android apps with a single code base. It uses a combination of XML and Javascript Esque mark-up JSX. To create a native look & feel of the digital solution, it creates easy-to-integrate native elements and user interfaces. Famous apps built by React Native development are Instagram, Walmart, and Tesla.

When to use React Native?

Flutter vs React Native: Who is the Better One?

The popularity of Flutter has undoubtedly grown in the past five years as compared to React Native. Countries like Vietnam, Ukraine, Argentina, Srilanka, France, and Poland use technological integration with ease. But, such an increase does not mean that the former has lost its touch with the digital world. Let’s quickly compare both developments.

Flutter vs React Native: The Comparison of Functionalities

Flutter is superior when it comes to carrying out heavy operations & data storage, maintaining overall performance. So, if you are planning for an attractive animation with exclusive UI, this software development will not disappoint you.

React Native lacks in performance compared to Flutter. It uses a combination of native and Javascript languages to maintain its user interactions & application performance fast and smoothly.

If a developer is planning to build an application architecture with a separate presentation layer and business logic, then Flutter is a great choice. It provides BLoC architecture for layered architecture.

While on the other hand, the React Native architecture bridges the gap between native & Javascript. The Javascript code communicates seamlessly with the native API for a robust user experience online. Thus, this one gives more flexibility than the latter for a strong architecture.

With the automated Flutter unit test, the tech stack provides detailed documentation for performance testing at all the levels of integration, widget, & unit level. While React Native does not support UI levels or integration testing. It just has a few unit levels and developers are allowed to use Apium, Detox, unearth bugs, etc. tools for testing the app solutions. An individual needs to deploy the app using Xcode.

How WebMobTech Can Help You With Flutter or React Native?

Both frameworks work effectively in their specific areas. However, the major factors playing in your selection are budget and targeted audiences. Being a digital solutions providing firm, for us, both technologies serve different purposes. Our experts are always on the move when it comes to integrating such advancements into a suitable project for online success. Flutter vs React Native, the comparison in this article has helped you in setting a priority between the two frameworks. Consult us for more such insights for your app development idea or cross-platform development. Get a free quote for the same. 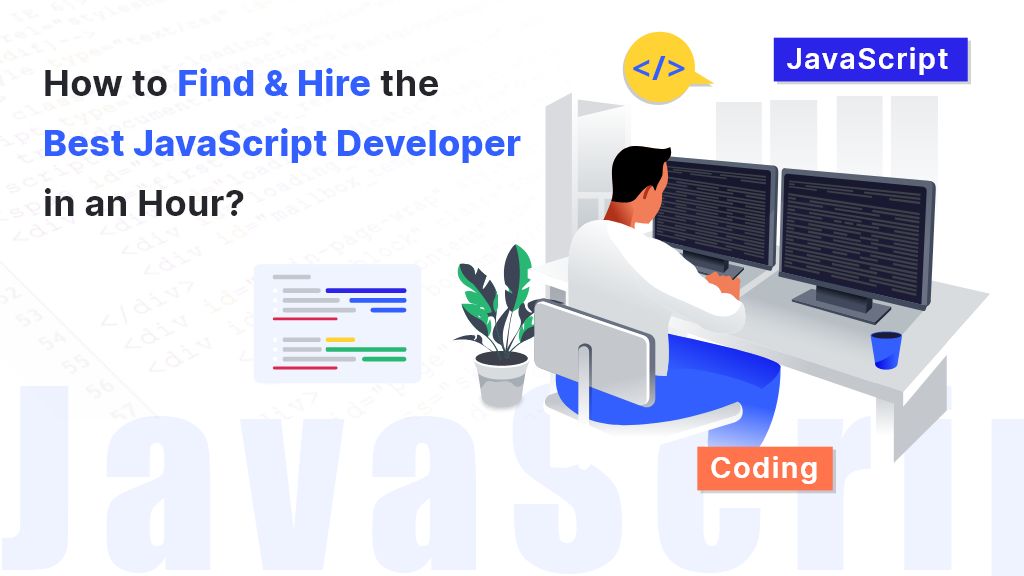 How to Find & Hire the Best JavaScript Developers in an Hour?

The blog will help you understand the skill set, cost, and actual requirements that one should look for while hiring an app development team or javascript developer. 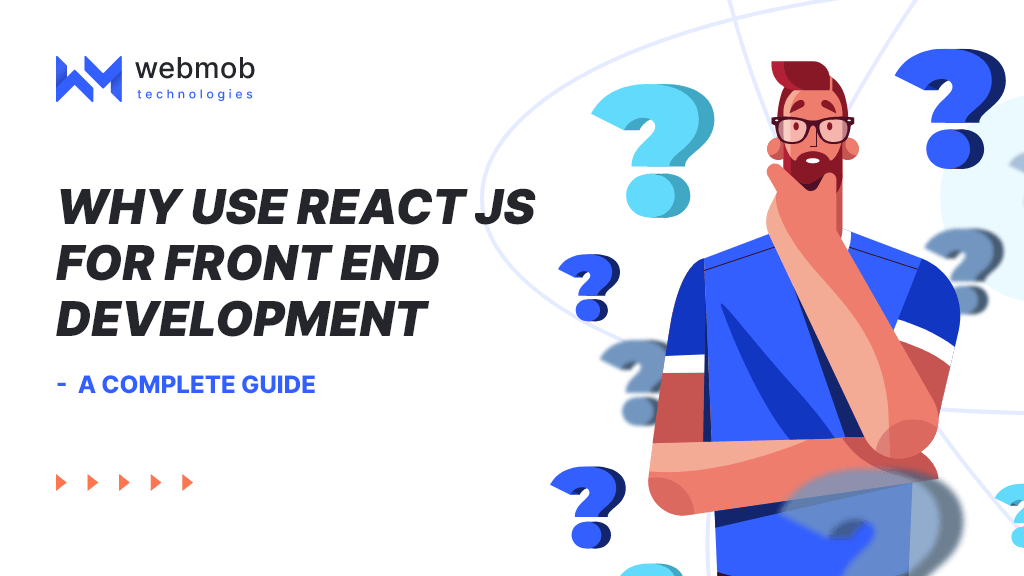 Why Use React JS for Front End Development – A Complete Guide

Frontend is the most lucrative part of developing applications. There are many libraries and frameworks used to make an intuitive interface for the end-users. In this blog, we will look why use react js for front end development. 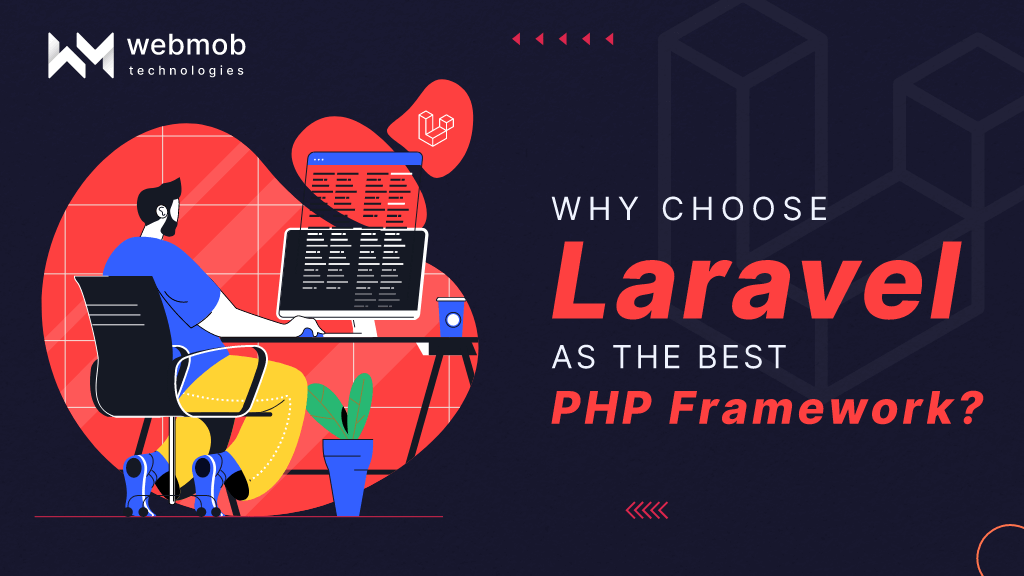 Why Choose Laravel as the Best PHP Framework for Developing Applications in 2022?

Herein, we have discussed one of the best PHP frameworks, Laravel. It has varied features & functionalities to develop a complex web solution in a user-friendly way.