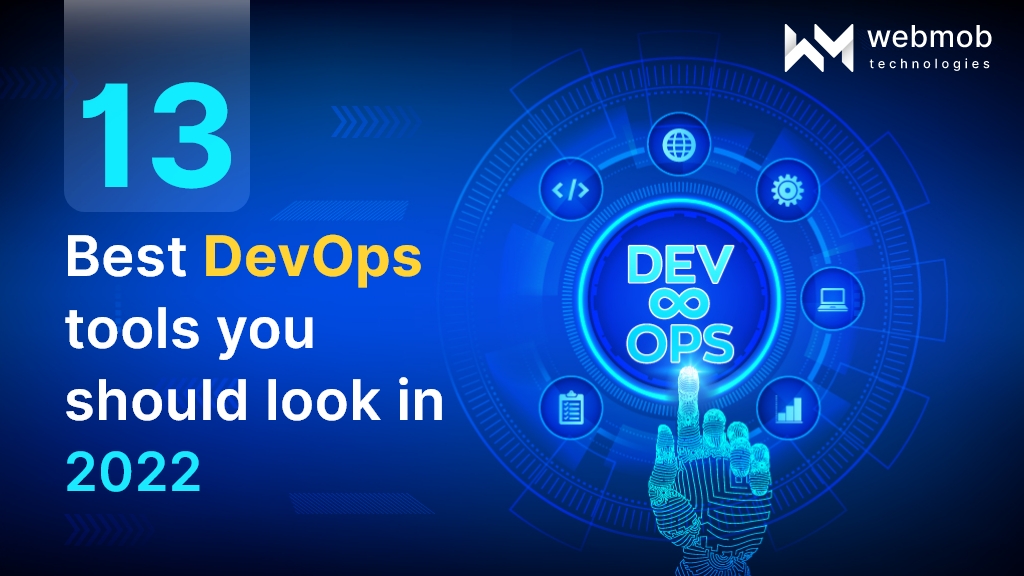 Summary: DevOps is an agile methodology to successfully build a software development lifecycle. In this super-competitive market, IT firms have to deploy products in a faster and more real-time release environment. Here are some of the best DevOps tools that make the journey of solutions easy and at the right time in the digital world.

Fast. Faster. Fastest. This is how one can look at DevOps app development.

With the apt use of top DevOps tools, a new culture of development is making a great difference in technological advancements. It has been created for bridging gaps between the development & operations teams. No single tool is a one-stop solution to a DevOps methodology. There is a variety of DevOps toolchains for every specific requirement.

Such a toolchain enables effective sharing and exchange of resources. From operations and security, DevOps teamwork gives an effective output. If you are new to the developing world or are looking for improvements in your current process, it can be tough to know which tools for DevOps are best for the business.

Let’s have a look at what the tools are with their respective benefits.

What are DevOps Tools?

DevOps tools are all about code reviews, version control, deployment, and monitoring software lifecycle at its core. The main aim is to make frequent software releases and automate as many tasks as possible.

The key aspect of DevOps deployment tools is, automating the process chain by using the build, test, deploy, and release features.  The right selection of DevOps tools can help a software development with:-

We’ll start with the DevOps development stage first then move on operations stage.

Git, the version control, provides developers with all the necessary means to track the changes and updates in the codes. It allows an individual to return to previous versions of codes when required. GitHub, Gitlab, and Bitbucket are the most popular hosting services. It is compatible with most protocols like HTTP, SSH, & FTP. Git has three major storage tools in the form of GitHub, GitLab, and BitBucket. The DevOps services and solutions are thus a great amalgamation of reviewing, auditing, and collaborations.

This is an efficient bug-tracking tool with a user-friendly interface. One can easily connect Jira tasks to GitHub, and Bitbucket and automate the workflow. Efficient collaboration with Git allows the creation of branches and pull requests, managing dependencies and releases. Moreover, it includes agile software development methodologies with advanced reporting tools. An individual can easily develop a solution with SaaS or on-premise facilities.

It is an open-source code review tool that supports multiple languages. The main aim of SonarQube is to focus on code quality and security. It has a noteworthy feature in the form of quality gates. This feature helps in code smells, coverage, and duplications. And makes a reliable code pass through the gate for public release. It works for cloud and on-premises, integrating with many DevOps tools. The major advantage is, it can be easily configured. The tool helps improve security by introducing continuous code. This functionality helps in DevOps workflow and makes it a part of DevSecOps tools.

Gradle is a versatile tool that supports multiple programming languages. It is an official build tool for Android Studio and also supports popular IDEs like Netbeans and Eclipse. The tool uses a Groovy-based DSL for describing builds and also releases a Kotlin-based DSL to enable developers to write scripts in Kotlin. One can easily import Ant builds into Gradle. The built-in cache and background process helps in the performance of the software. The existing cache reuses task outputs while Gradle builds information in memory in-between builds.

Containerization is a lightweight kind of virtualization that encapsulates an application’s source code and all of its dependencies in a container image that can be deployed to multiple environments without additional configuration.

A container platform that makes distributed development possible. It helps automate the deployment process by efficiently separating containers. These containers become portable across environments and are more secure. Docker apps are OS and platform-independent and also one can use containers instead of VirtualBox. Among the tools for DevOps, this one is widely used in cloud computing. As a result, cloud migration a complex process is made easier with the use of Docker.

An orchestration platform that takes container management to the next level. It works well with Docker to help group containers into logical units. One can easily manage the “n” number of containers. The automation tools DevOps allow automating and scheduling the distribution across the cluster. It monitors everything to prevent mishaps and redistributes the containers efficiently.

The software development lifecycle has constant phases of integrating new advancements and deploying on the dedicated platform responsively. In DevOps culture, these two practices are combined to enable teams to an effective, reliable, and frequent software releases.

Jenkins is an open-source CI/CD server with a huge plugin ecosystem. It has over 1800 plugins that are easily integrated with Docker, Puppet, and more. One can easily customize his software integration and deploy pipeline as per requirements. Jenkins runs natively on Windows, Mac OS X, and Linux. You can easily configure its server with a web interface. Among the other DevOps frameworks, Jenkins allows deploying new code as quickly as possible.

It is similar to Jenkins as it also allows you to automate the delivery pipeline from building to deploying. The major difference between the CI/CD is, one is open-source and the other comes with a price tag. An individual with a proper app development budget can opt for Bamboo. It has many pre-built functionalities and fewer plugins. This DevOps tool does not need a manual setup, because of its inbuilt functionalities. It seamlessly integrates with Jira and Bitbucket. The bottom line is it lets you configure easily with intuitive UI  and other handy features integration.

This is an advanced deployment and management tool that allows software release in multiple environments. It easily integrates with other servers like Jenkins and Bamboo. One can easily package their applications as a ZIP, .tar.gz, JAR/WAR, or NuGet file. An individual can decide upon his deployment process and Octopus automates it effectively. The tool also has an extensive deploying library with almost 500 templates for deployment workflow.

Runbook is one of its efficient features that allow the automation of common emergency operations tasks. A non-technical team member can also run this DevOps tool. And thus, it is recommended if you have a complex deployment workflow consisting of several environments.

What is DevOps Toolchain? How to Build One?

Such DevOps solutions help in speeding up deployment by automating maintenance, configuration, and the entire process of infrastructure.

Puppet Enterprise helps to manage infrastructure as a code. As it encourages such coding tactics, you can deliver software faster with more security. Puppet also provides developers with open-source DevOps tools for smaller projects. It has many effective features like real-time reports, role-based access control, and Node management. Puppet has over 6700 modules and integrates with several other best DevOps tools.

It is an open-source configuration management tool by Red Hat. With an effective server, this tool eases IT automation ending repetitive tasks and ensuring faster deployment. Ansible has multiple modules, like Puppet. The tool uses super-simple YAML syntax for language and also defines tasks in the same.

DevOps tools allow a user to stack data in the cloud and manage the solution seamlessly during the deployment process.

A Microsoft-integrated DevOps platform that manages the development cycle from a single interface. You can use this tool as a SaaS application as it has the on-premise version of the same tool to self-host in your own data center. The different tools of Azure help with planning, CI/CD, and cloud-hosted Git repos with a testing toolkit. One can access over 1000 extensions in its Visual Studio Marketplace by subscribing to the necessary DevOps services provided by the tool.

AWS is an IaaS (Infrastructure-as-a-Service) solution that lets one manage an entire software development lifecycle. Unlike Azure, this DevOps service does not allow the deployment of packages from one infrastructure to another. It only allows deploying internally i.e. from one AWS to another AWS. It has a different toolkit, from which you can fully manage and build codes, deploy them, and manage the overall project.

Monitoring: Continuous monitoring helps a software solution to grow faster in the ever-changing digital environment. Continuous automation, delivery, and integration of tools to assess the workflows. It boosts efficiency in the deployment cycle and overall process of development. Now, the monitoring task is not done single-handedly. You will require a proficient team of dedicated developers.

Worried about how you will choose one of these DevOps tools for your project?

Our development team will help you with the correct DevOps methodology. All you have to do is make a key requirement list and tell us.

Thus, DevOps technology is adapted to a worldwide and ever-growing environment for app development. So, if you have made up your mind about developing an application consider one of the DevOps methodologies for effective online functionalities.

On a Concluding Note

It takes some research and experimentation to find the finest and the best DevOps tools for your individual needs. Most commercial DevOps solutions come with free trials that allow you to try and assess them without spending any money. Open-source technologies take longer to set up and configure. In the end, it boils down to what you’re attempting to do and the resources you have at your disposal. While selecting and deploying your toolkit may take some effort at first, you’ll reap the benefits of a more integrated development workflow once it’s in place. 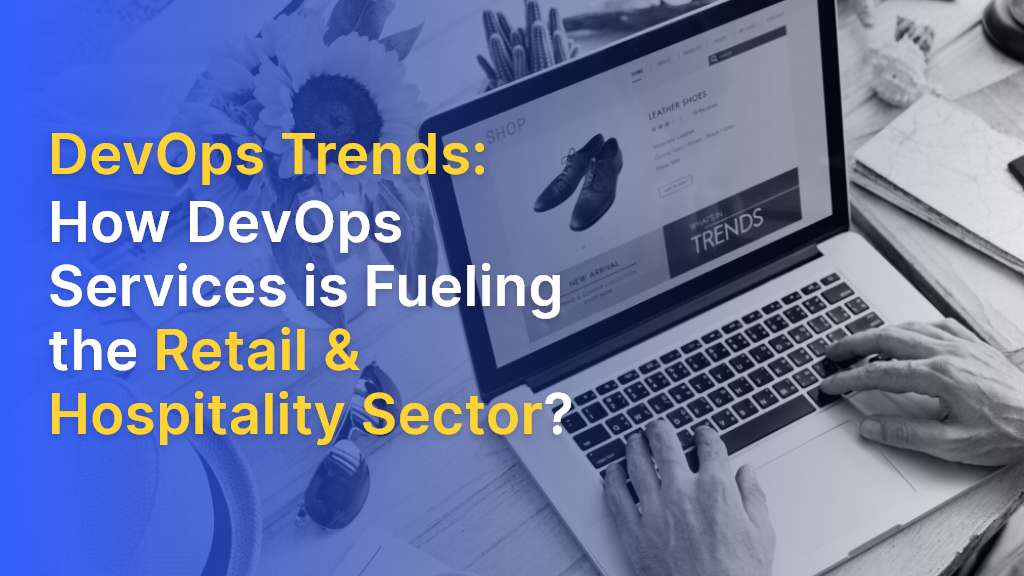 DevOps Trends: How DevOps Services are Fueling the Retail and Hospitality Sector? 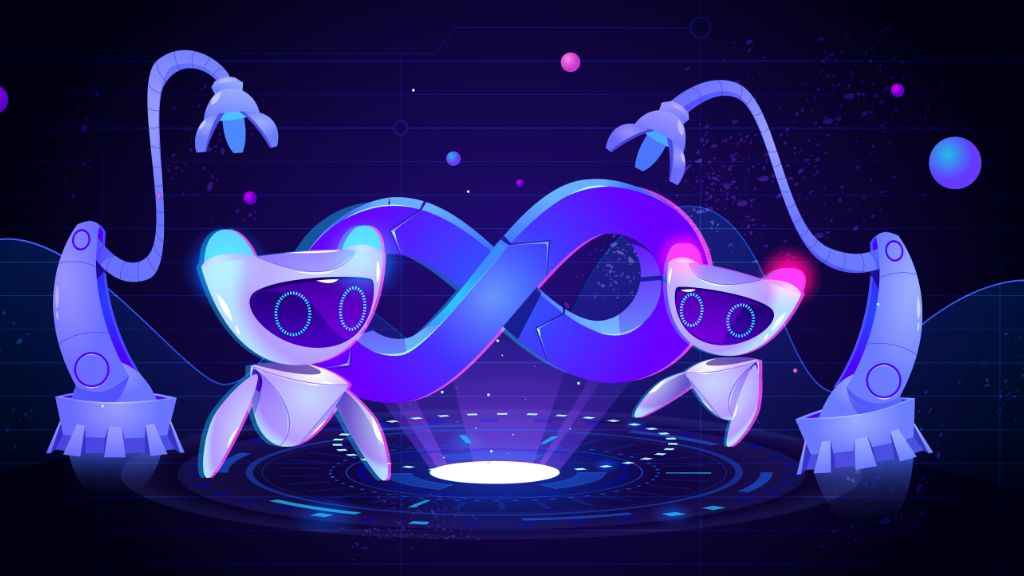 What is DevOps Toolchain? How to Build One?

DevOps technologies are absolute for every industry. It is a linear approach to software development. If you are looking for an efficient development cycle consider DevOps toolchain and its services. 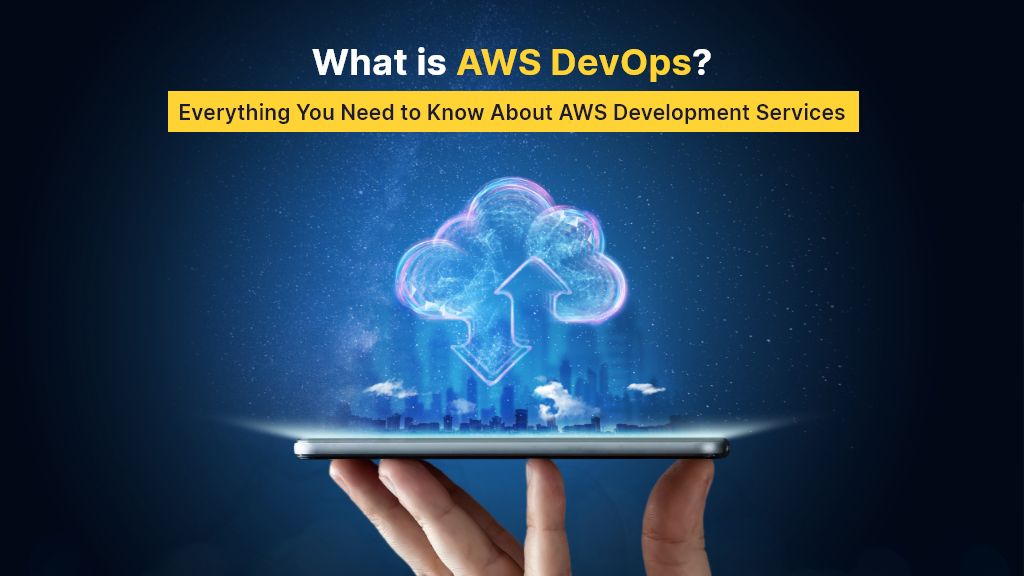 What is AWS DevOps? Everything You Need to Know About AWS Development Services

In this blog, you will get an insight on DevOps and AWS development services & their benefits. Have a good read if you are considering integrating cloud computing into your online venture.